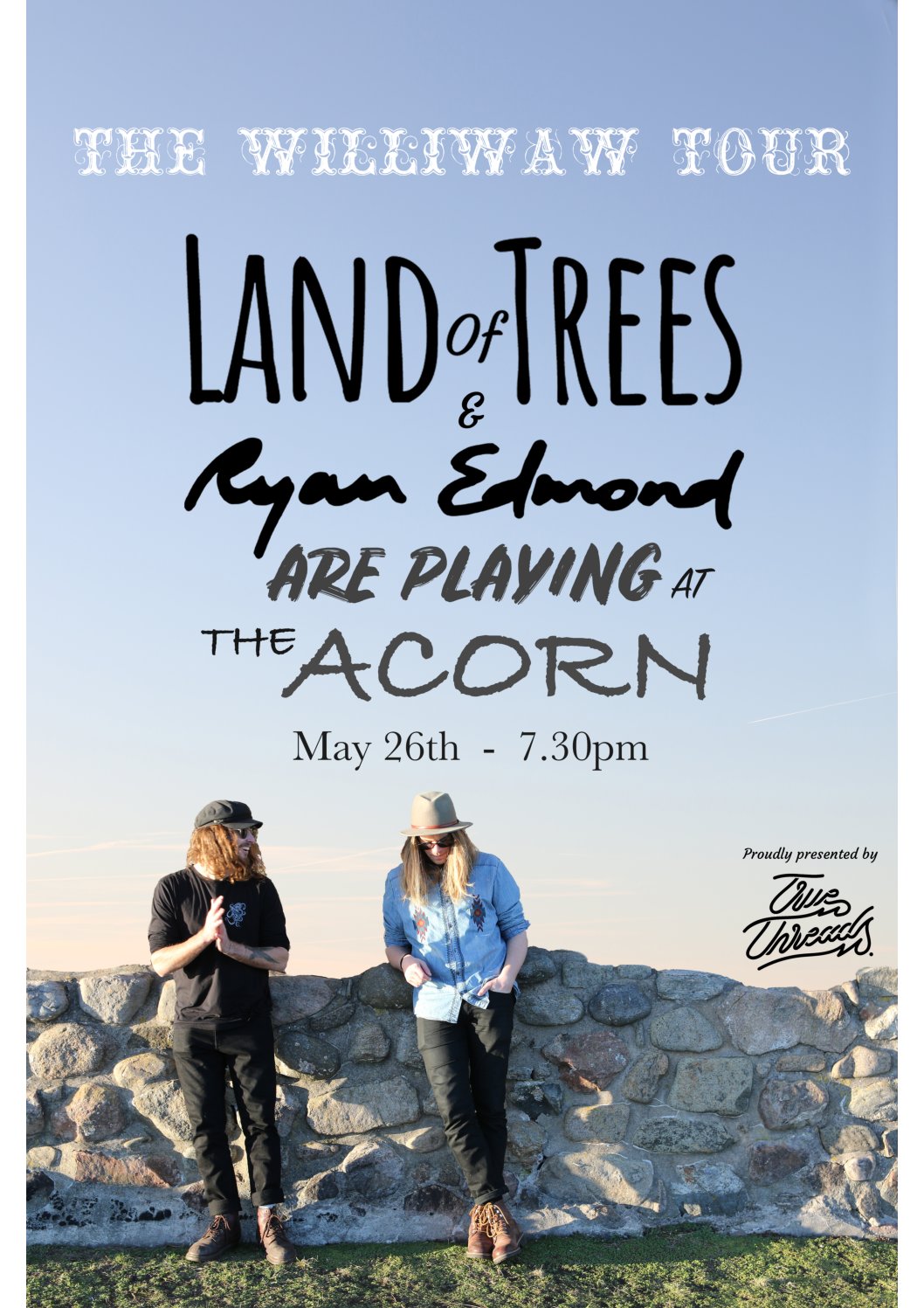 Swedish indie-folk artist Land Of Trees shares emotional and uplifting indie/folk with an acoustic guitar and a meditative quality to his vocals which is fundamentally nurturing, however, it’s born from the notion that you have to be brave and honest and feel life’s pains. His music is a reminder that you have to journey through the hurt to be able to heal and find peace.

Land Of Trees’ has a way of creating songs that tap into the earthy, organic elements of our planet and connect with the beauty of the natural world.

Ryan Edmond is a multi-instrumentalist, singer-songwriter from Western Australia. As a cornet player, he has toured nationally and internationally with various acclaimed artists, however, in the last few years, he has begun songwriting, singing and touring under his own name. His music floats between roots, reggae and pop accompanied with laid back vocals. Ryan is based in Sweden and recently been spending time in Australia recording his debut album and touring the country.