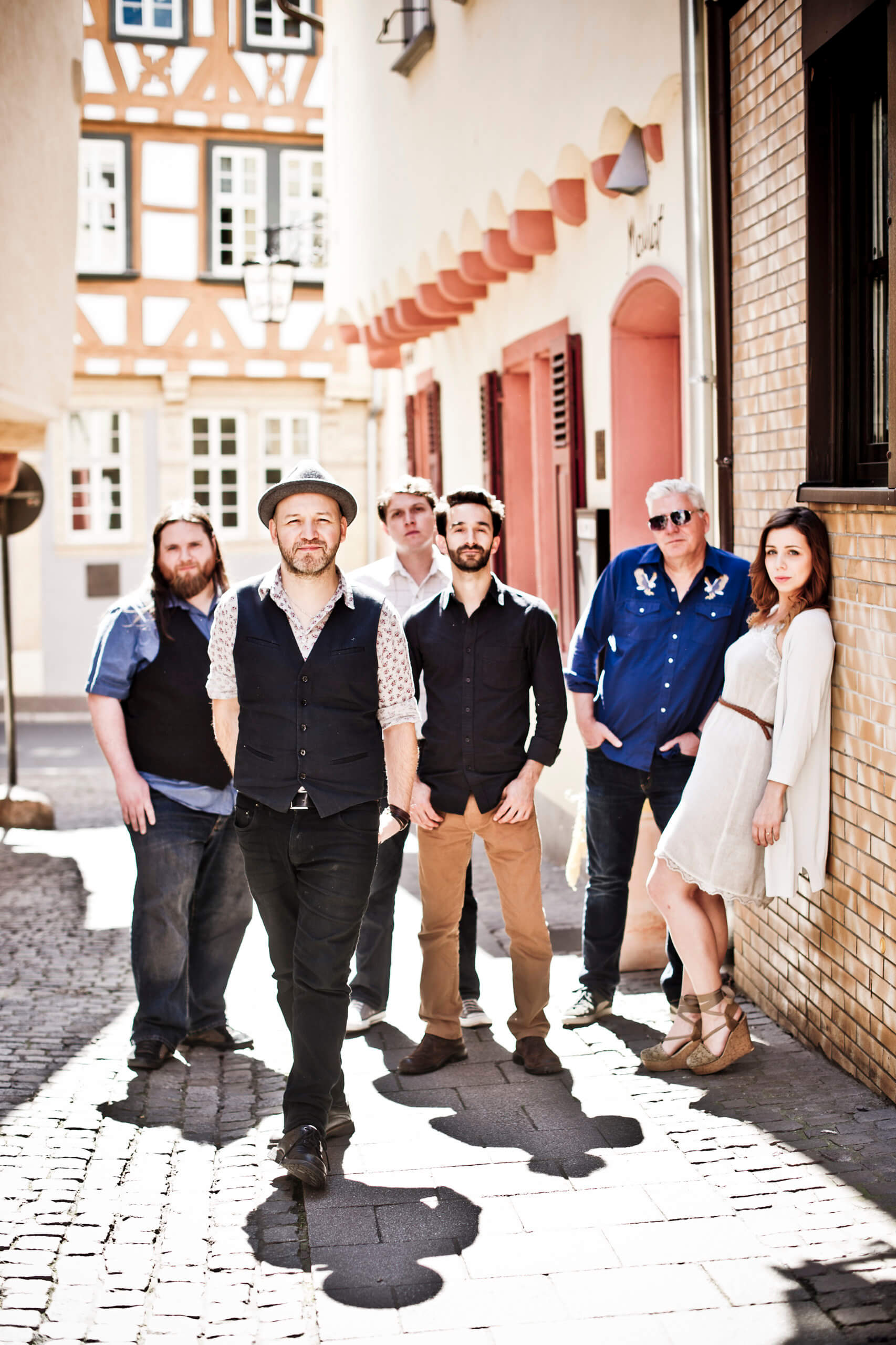 Mexican Son Jarocho mixed in with Irish Jigs and Reels and a good dose of Country and Bluegrass. It has healthy servings of Ska, Soca and African Highlife and we’ve been known to throw in a little White Boy Reggae. Of course, it also has strains of Soul, Pop and Funk although we are by no means a funk band. It is mostly Acoustic although we also like Electric guitars. It is Singer-Songwriter based but not the coffee house variety. It is definitely FOLK music, but not in the Kumbaya style. It has a deep respect and appreciation for tradition (Bluegrass, Old-Time, Celtic, Son) but it’s by no means Traditional. It Rocks incredibly hard and is extremely danceable, but that is not to say it can’t be mellow and slow and beautiful. It can be heartbreaking, but also joyous. It is never dark or angst-ridden, and always full of hope – but not in the ‘Up With People’ kind of way. It’s not Jazz, although we like Jazz a lot. It’s not heavy metal or punk or grunge, although we love Rush and AC/DC. It is World Roots Music. It’s POP music. It is GOOD music. It has a tendency to connect people and means a lot to many folks the world over, and for that, we are very grateful. It is the only multi-cultural, multi-ethnic, multi-generational, multi-lingual, multi-instrumental, genre-bending, co-ed band you will hear today!!

The current lineup of The Paperboys features: Tom Landa on

member of Spirit of The West), Kalissa Landa (yes, she and Tom are married) on fiddle/vocals, Brad Gillardon bass/banjo,