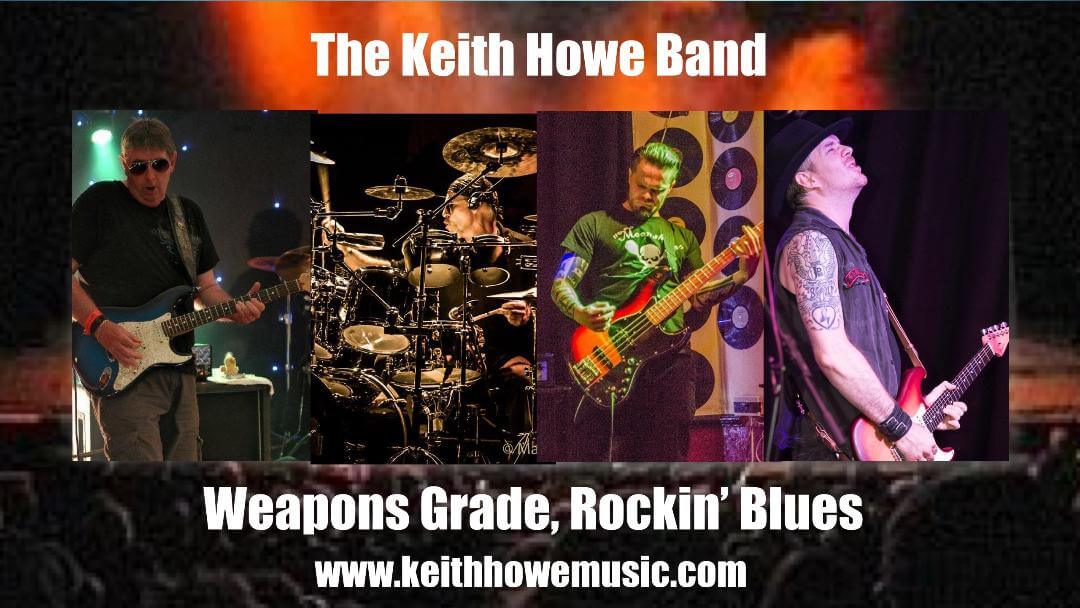 In his native S. E. London (with outfits like ‘One Eyed Jacks’ and his power trio ‘Cuba’), he plied his own brand of Rockin’ Blues at venues like The Music Machine, Camden and the infamous ‘Bridge House’, Canning town before migrating to Cornwall 30 years ago.

Here, he joined R&B outfit ‘Red Lester Band’ before forming the legendary ‘Blue on Black’ and its successor, ‘Blacktop Deluxe’.

Now, 10 Albums later and after countless miles of touring, playing alongside giants of his genre including Joe Bonamassa,  Deep Purple and Walter Trout, his Band performs songs from his latest release ‘That’s The Vibe’ plus his back catalogue.

The Keith Howe Band includes long-time friends Alan Ibbotson on Drums and GB Bartlett on Guitar and promises a memorable evening of Blues/Rock.

So if you like your Blues Rocked and your Rock Bluesed, join them for an evening of ‘Red Hot, Rockin Blues’.