The Frozen Deep – A Play by Mr Wilkie Collins 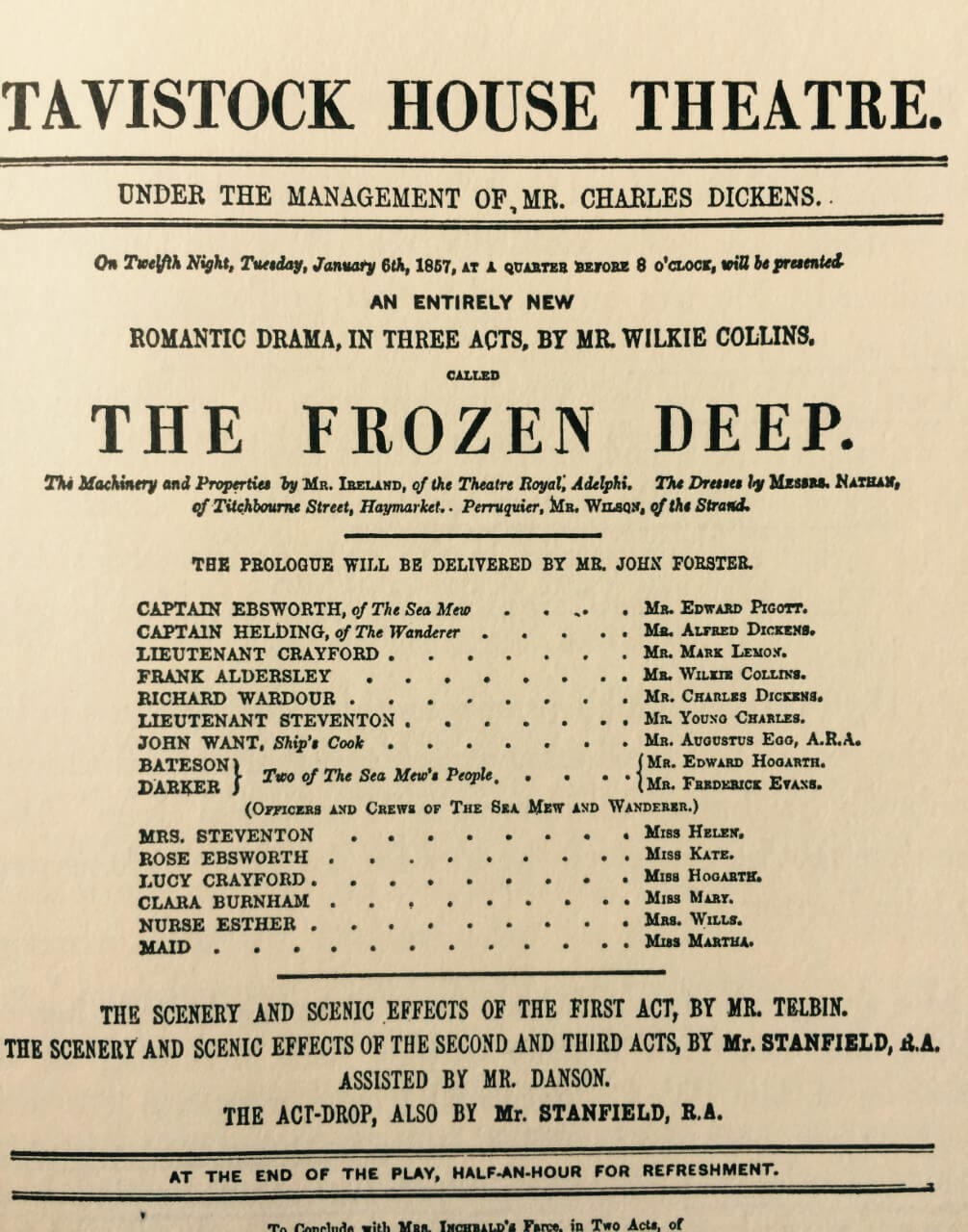 At the end of 1856, Mr Wilkie Collins presented Charles Dickens with his latest play, ‘The Frozen Deep’, knowing that Dickens could not resist, producing it and taking the starring role of the moody Richard Warder, for himself.

The play was inspired by the recent scandal of Sir John Franklin’s doomed North-West passage expedition, which had gripped Victorian England and Mr Charles Dickens.

On the 6th January 1857, one hundred people crammed into Dickens home, to experience Dickens acclaimed performance but little did he know that it would be a role that would change his life forever.

This event will commence with a lively performance lecture by Wilkie Collins expert Jak Stringer, who will transport you back to 1857, followed by a professional reading of ‘The Frozen Deep’ by the Penzance Community Speakeasy Players.

Pray join us, as we aspire to recreate this plays opening night, in the nursery of Mr Charles Dickens’ home and immerse yourself in a very Dickensian evening.

“So different, brave and funny – a great Community and Literary Theatre night.”