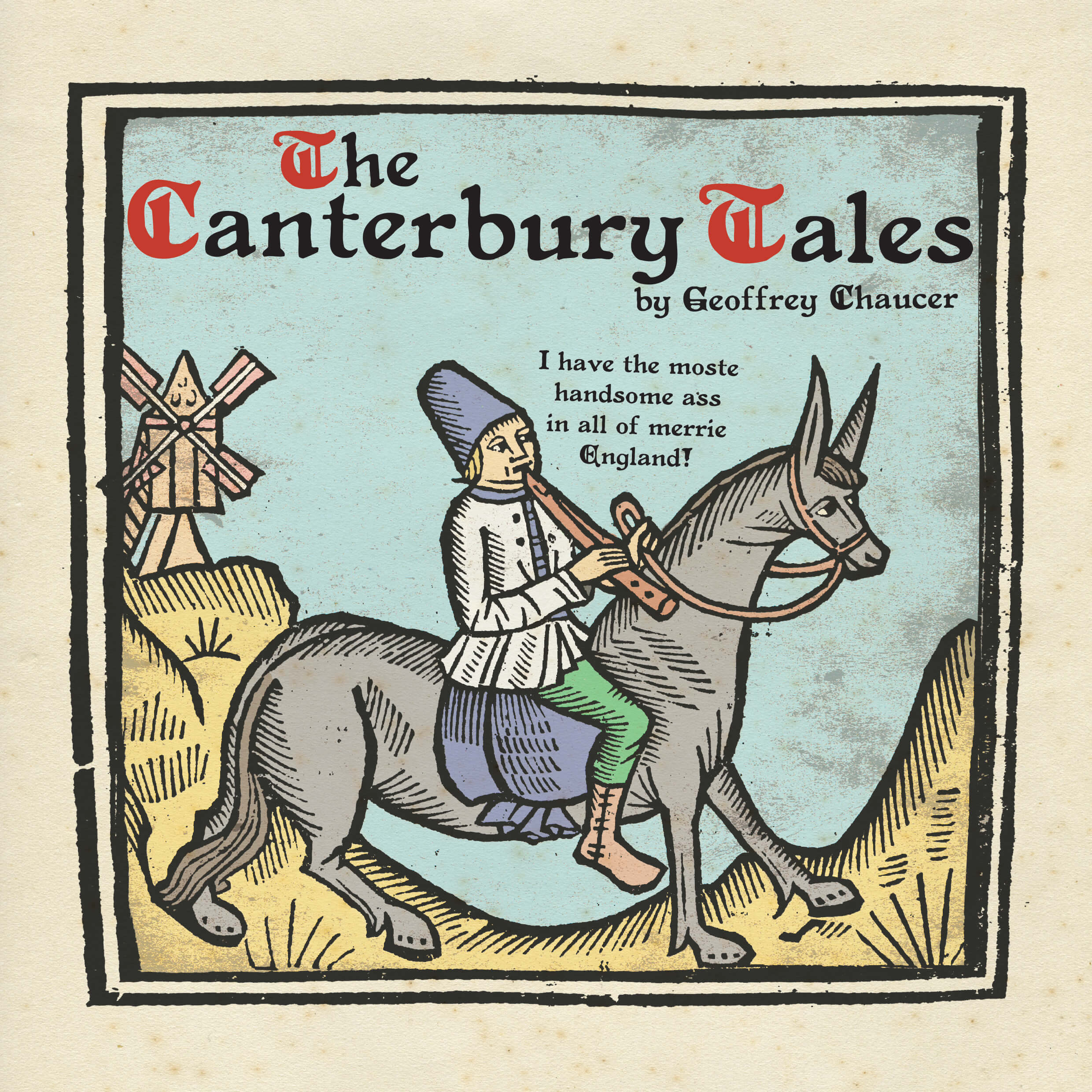 Welcome to ‘The Canterbury’, an Olde English Inn,

Infamous around these parts for villainy and sin.

The floor is caked in sawdust, for soaking up the spit,

And the air is thick with stories told with wisdom, guile and wit.

Some stories are romantic, some are bawdy, others scary

And there are tales about the devil that should make you oh so wary,

Some are beautifully poetic and some a little coarser;

A medieval medley from the pen of Geoffrey Chaucer!

From the company that brought you ‘A Christmas Carol’, ‘Dracula’ and ‘The Odyssey’ comes a one-man performance of ‘The Canterbury Tales’. Revered as one of the most important works in English literature, ‘The Canterbury Tales’ paints an ironic and critical portrait of English society in the middle-ages.

All of life is here in these few bawdy, funny, serious and sometimes shocking, short stories. Experience a journey down the foul and fetid footpaths of fourteenth-century England, told with the usual irreverence, wit and silliness!

This is Chaucer… but not as you think you know it!

Suitable for adults and older children (12+)

A Christmas Carol was beautiful – apparently simple theatre with just one actor but you go home remembering a cast of dozens! He is a genius. –  Richard Wolfenden-Brown: Director The Plough Arts Centre (on ‘A Christmas Carol’)

Mynne’s performance is exquisite: a masterclass in the telling of tales, it needs to be seen.