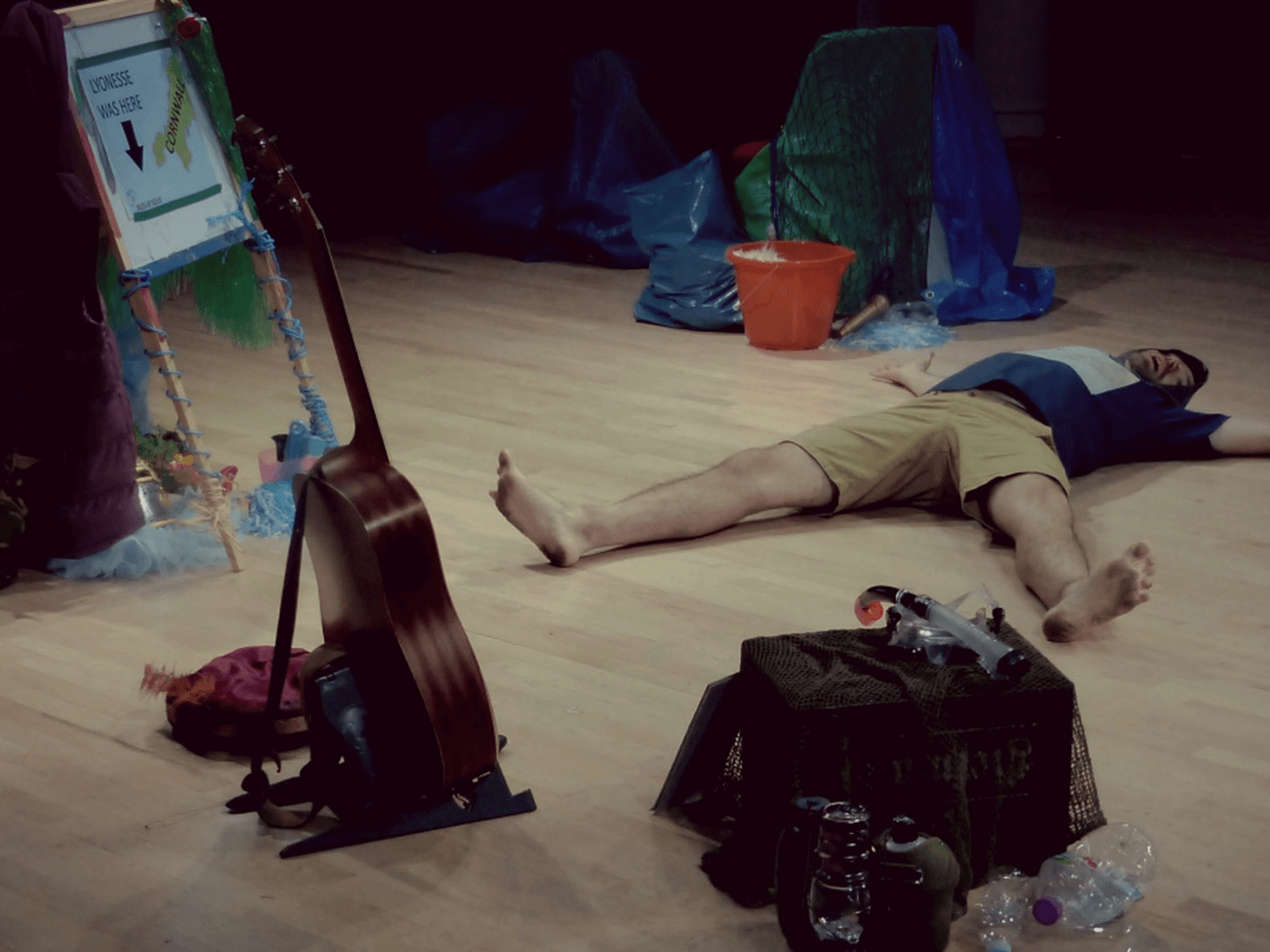 Imagine diving into the sea and finding a secret kingdom with people living in it! This is what happened to Frank, a geeky amateur diver, who discovered Lyonesse, a land that sank beneath the waves during the times of King Arthur.

Frank has taken advantage of unusual tidal patterns to reach a part of the sea that has been hidden until now, but it won’t be long before other divers follow him and discover what’s been keeping him so busy under the water.

If Frank can prove the crown he has found on the seabed is Excalibaba, the crown of Lyonesse, legend tells us that this sunken, mystical land, once home to Tristan and Isolde, will rise to the surface once again.