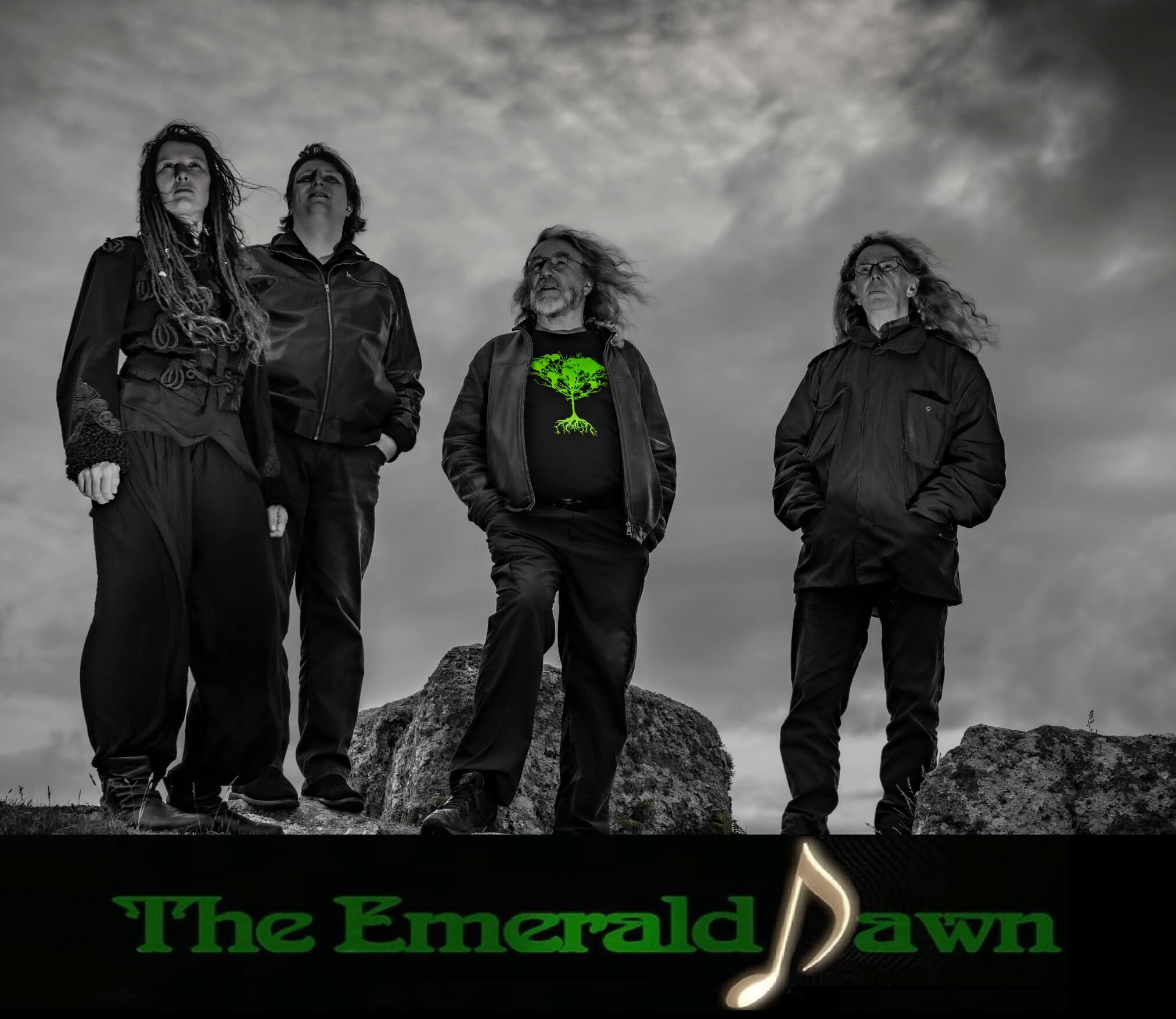 With music that is ‘as epic and as beautiful as it is possible to get’ (Scream Magazine), The Emerald Dawn are a multi-instrumentalist, symphonic progressive rock quartet, who combine elements from classical music, jazz and rock to produce their own original, distinctive and exciting sound—a sound that is cinematic, experimental and powerful. Usually haunting, often stunningly melodic and always highly atmospheric, the music of The Emerald Dawn paints images or tells stories that stimulate the imagination and takes the listener on unforgettable musical journeys.

This is a sheer delight to listen to, one of those albums that gets inside your soul and is one that you will keep with you for life. … I love this album.’ The Progressive Aspect;

‘A wonderful must-have album, full of passion, drama, and majestic instrumentation throughout…’ ***** Progplanet;

‘“Nocturne” displays musical prowess that will leave your heart in your throat’. The Prog Mind.

The Emerald Dawn will not only be performing compositions from their three studio albums but will also be providing a glimpse of some of their forthcoming album: ‘To Touch the Sky’.

Plus we are also delighted to announce that the opening act will be DAVEY DODDS of the folk bands Stargazey and Porbeagles, and formerly of the progressive rock band Red Jasper. Davey, described by Fantasy Forest Festival this year as ‘The master of Celtic rock’n’reel’ is a songwriter of some renown. Top performers frequently record his songs – the classic ‘Magpie’ appeared on the Unthanks recent album, Mount the Air, was used for The Detectorists on BBC2 and was performed at the Proms last year.

Davey has an interesting musical history. Once upon a time, he was the frontman of the quintessentially English prog-rock band Red Jasper, who topped the bill at The European Symphonic Rock Festival, at The Noorderligt in Holland in 1994. In those far off days, he also played as an acoustic support act for Fish in Holland. When the Dutch record label, SI Music went bust in 1994, Davey stopped playing music and moved to a different planet. For many years, he worked as a fly-fishing guide in remote, wilderness locations. Now that he’s been cajoled back onto the boards, he’s busy writing songs, grown from the roots and bones of his home in North Cornwall. His new solo album Toadstool Soup has just been released and he’s playing main stage slots at big festivals.

His live shows fizz with energy. Incisive lyrics and startling musicianship will rattle your brain cells and put blisters on your feet. Angel Air records released his previous solo album ‘Kernowcopia’. Because he writes great songs and performs with real stage presence, top musicians regularly join him for live shows. Davey is convinced that playing music is making him younger. By this time next year, he fully expects to be in his early thirties!