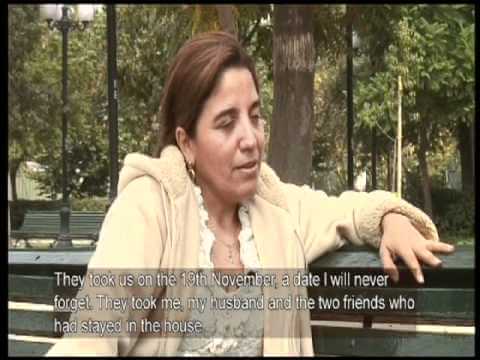 A documentary about Chile’s journey to democracy. Twenty-five years after the end of a lengthy dictatorship under General Augusto Pinochet, Chile is still struggling to regain a sense of national well-being. 59 Mins

A woman driving home is stopped by police, arrested, and taken to jail for turning left, on the eve of Trump’s visit to town.  6 Mins

The Sea and The Land: Innes Reinisch

In Malin Head, Ireland’s most northerly point, the elements of nature are intensely tangible. The waves of the Atlantic Ocean are breaking on a rugged coast.