Tickets: Entry by a donation of £3+. Arrive early as this event is restricted to 60 people only! 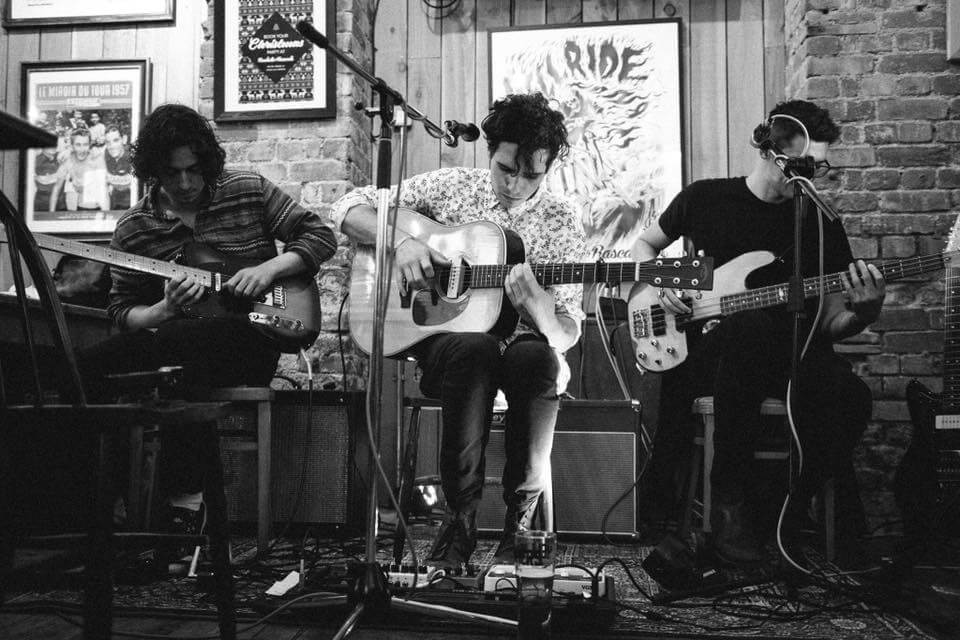 Drakes Island
Are an Indie folk band based in the southwest. Their sound has been compared to artists such as A Blaze Of Feather, Pink Floyd and Bears Den.

The birth of the band came from local staple Fergus Tanner who sought out lead guitarist Jamie Yost, bassist Olly Parker and drummer Matthew Gordon Price which curates a harrowing wall of echoed tones that swell into the sound attached to Drakes Island. With hints of folky roots and existentially growing ambience, the bands’ inspirations shine through different windows on every path they take you down, bringing you to a junction of soulful highs and experimental lows.

The band have spent the last year or so, sculpting their sound and recording in preparation for their debut release ‘Only Passing Through’

Known for his atmospheric highs and soulful grit, Devon’s Jamie Yost blends his own take on poetic lyricism and introspective songwriting. His performances are not shy of raw emotion with comparisons to Daughter, Bon Iver and Matt Corby.

Based in Plymouth the singer-songwriter spent 2017 writing and recording his debut EP ‘Aurora’ which released on April 27th 18’ with a sell-out show at The Barbican Theatre. Yost has since spent the last 6 months touring supporting the likes of the legendary Martha Reeves, country duo Ward Thomas and Brit award nominee Beth Rowley.

Now the focus is on developing his live sound as a trio bringing in longtime collaborators Matthew Gordon Price and Fergus Tanner. He is set to release a new EP this year and is embarking on the release of his next single ‘Ravens’ on March 15th 2019.