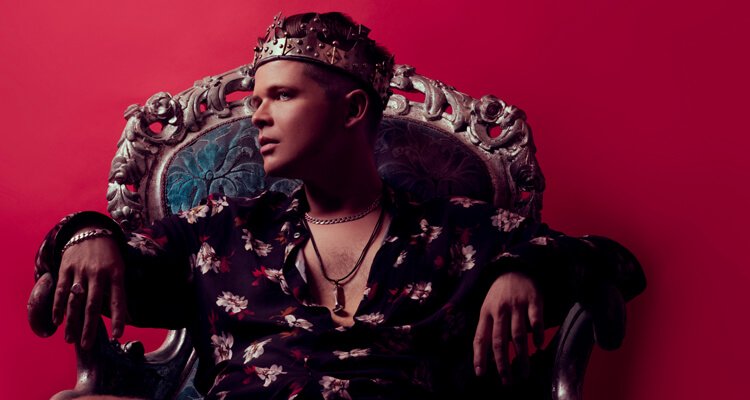 Following a sell-out run in Edinburgh, Luke Wright hits the road with the show the critics are calling his best yet.

With a new Poet Laureate due to be announced in 2019 Wrighty’s chucking his hat in the ring. He’s on a mission to write poems to unite a nation divided by austerity and Brexit. Can it be done? Can one poet ever really represent an entire nation?

Big-hearted and quick-witted, Wright’s poems have been lauded by everyone from Patti Smith to The Libertines. A Fringe First and Stage Award winner, Wright is truly a wordsmith and raconteur at the top of his game.

In 2019 he celebrates the twentieth anniversary of his first gig. So maybe he can pull it off?

“Fierce, wistful, romantic and witty by turns, this is a sensational hour of poetry.” ★★★★★ The Stage

Gray Lightfoot has been making a name for himself on the local arts scene. He’s had quite a success with his first book of poetry/anecdotes A VIEW FROM A CAB: the poetry and musings of a bus driver in Cornwall (available now at £8.99 from The Edge Of The World Bookshop, Penzance)

At this year’s Penzance Litfest, on July 3rd, he will be performing his new show Gray Lightfoot…borderline poet?

You see Gray isn’t sure if he’s a proper poet yet…although people seem to like what he does. So come along and let him know what you think.