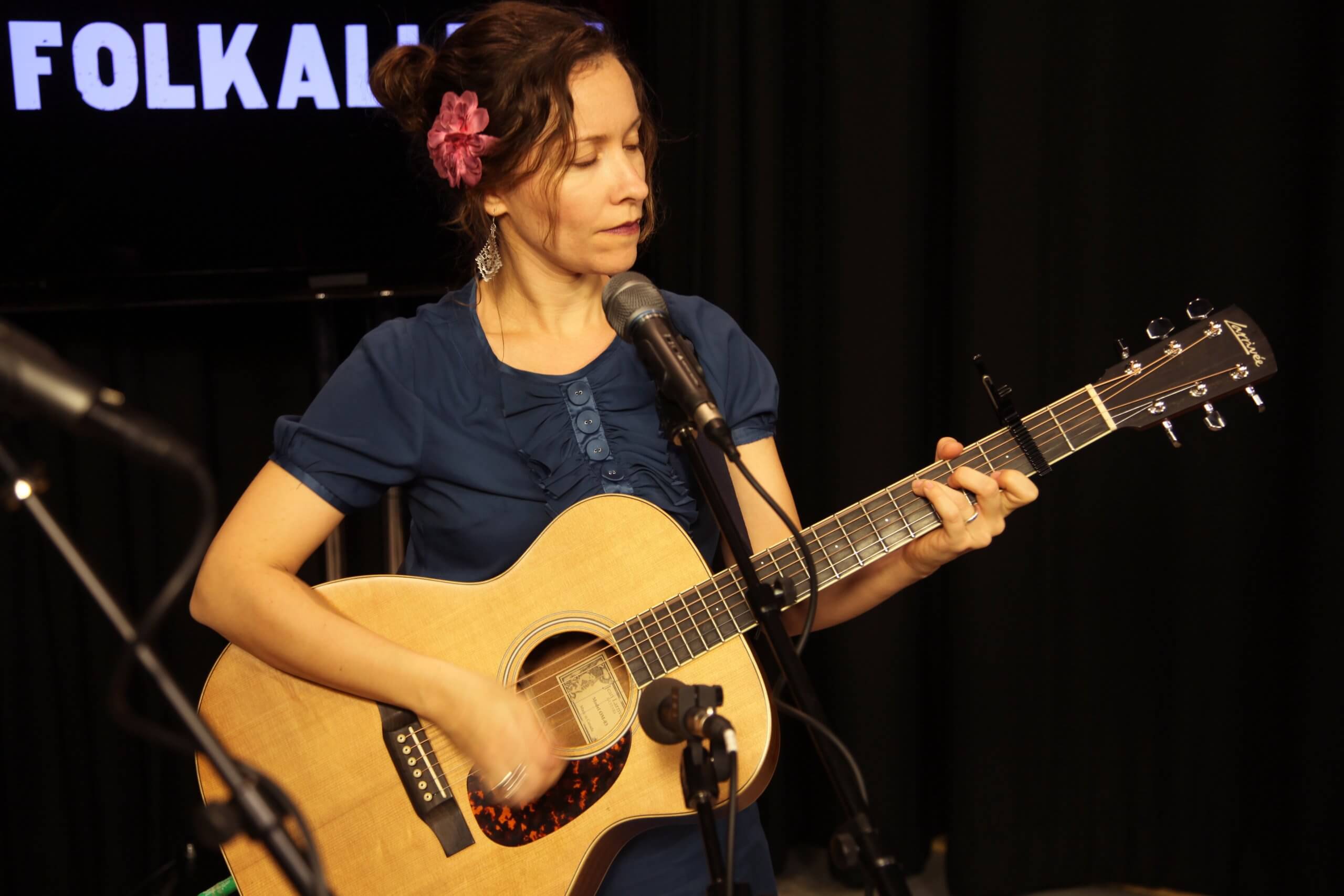 Born in San Francisco to musician parents, Liz spent her early childhood travelling through the wilds of North America in a sky blue VW bus. Her parents were itinerant, moving from California to Oregon, then to Ketchikan, Alaska where they played regular gigs in the pubs for the locals. Liz and her sisters’ lullabies were traditional folk songs, and by day their soundtrack was the rock and roll and New Orleans brass music their parents played in their band.

Once the family settled in rural New England, Liz received classical musical training, but as her teen years drew to a close she found her way back to folk music. She became a protégée of acclaimed Irish singer Karan Casey, and immersed herself in Irish traditional singing, before diving back into American sounds. Liz went on to found American Roots band Low Lily with her husband Flynn Cohen, as well as perform alongside such luminaries as Livingston Taylor, Tom Chapin, and Melanie, and England’s own Hannah Sanders.

With Low Lily, Liz and her husband Flynn have shared their music with enthusiastic audiences throughout North America and the UK, garnering two #1 songs on international folk radio, and were voted the coveted “#1 Most Wanted” at the Falcon Ridge Folk Festival. Liz’s song “10,000 Days Like These” won two Independent Music Awards in 2019. Liz steps out this year, releasing her own solo album “Poets”. This is her first tour of the UK as a solo artist. She will be joined by Flynn on guitar (a legend himself, having trained with John Renbourn at Dartington, and toured the world with accordion champion John Whelan, and others). Their son Gabe Bradshaw on bass completes the family trio.