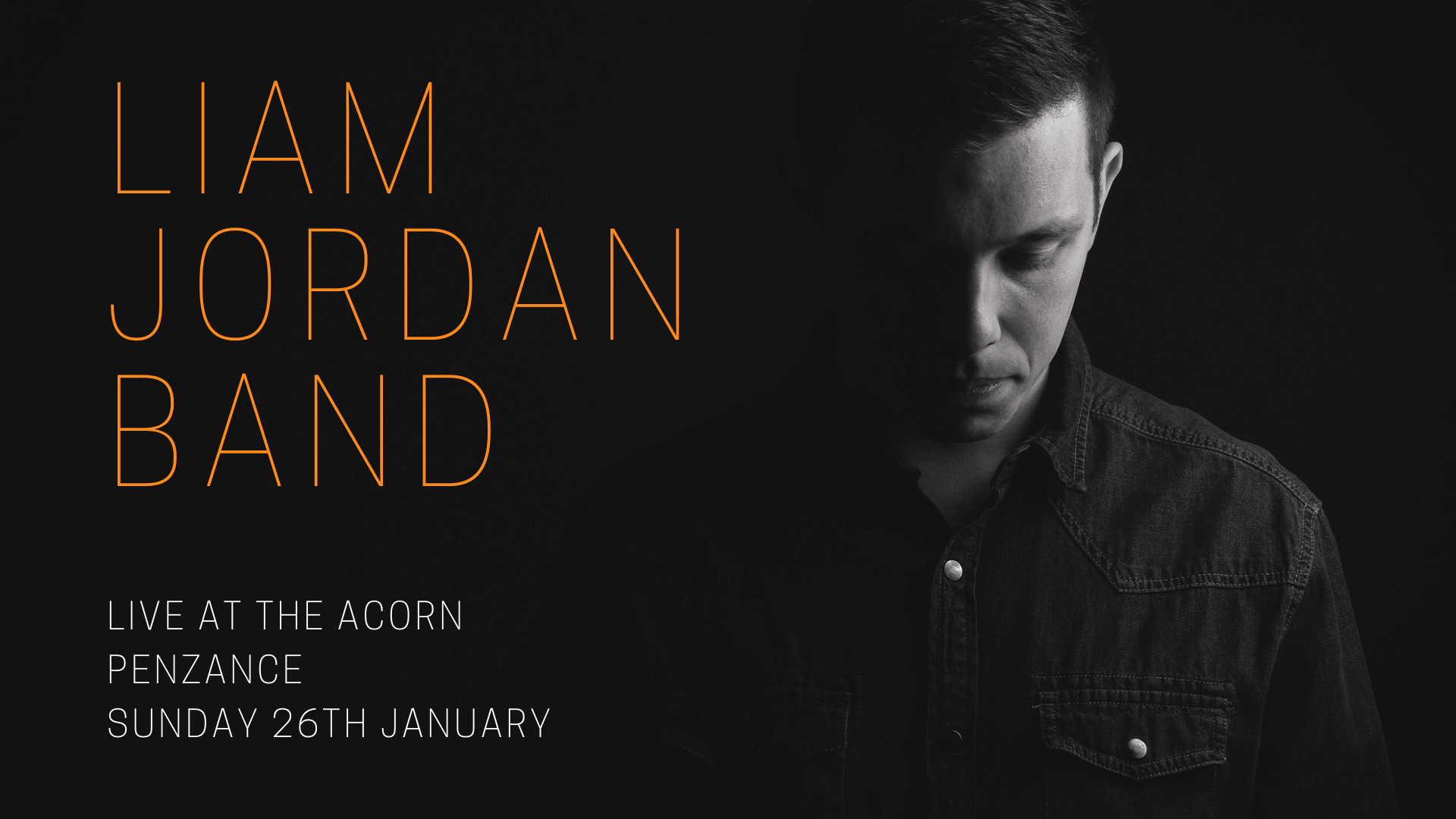 Back from the highly successful and sold-out album launch in 2018, the Liam Jordan Band return to The Acorn Theatre for another full-throttle rock ‘ roll show, playing songs for Jordan’s eponymous debut album. The album is a musical vortex of his influences from the past 14 years, crossing many genres, from protest rock and folk to dark Nick Cave-esque country with a twinge of gospel. Backed by his band of highly skilled musicians, the Liam Jordan Band never fail to deliver a powerful and heartfelt performance.

“Liam Jordan’s debut album not only nails his colours to the mast as a certified talent, but just might be the first rung on his ascent to greatness. With a voice that sits between Jeff Tweedy and Jason Isbell, and with his own narrative framed in what would now be firmly coined as the landscape of Americana, it’s a rewarding debut. One to check out and keep a close eye on.” – Matt Owens (Noah and the Whale)