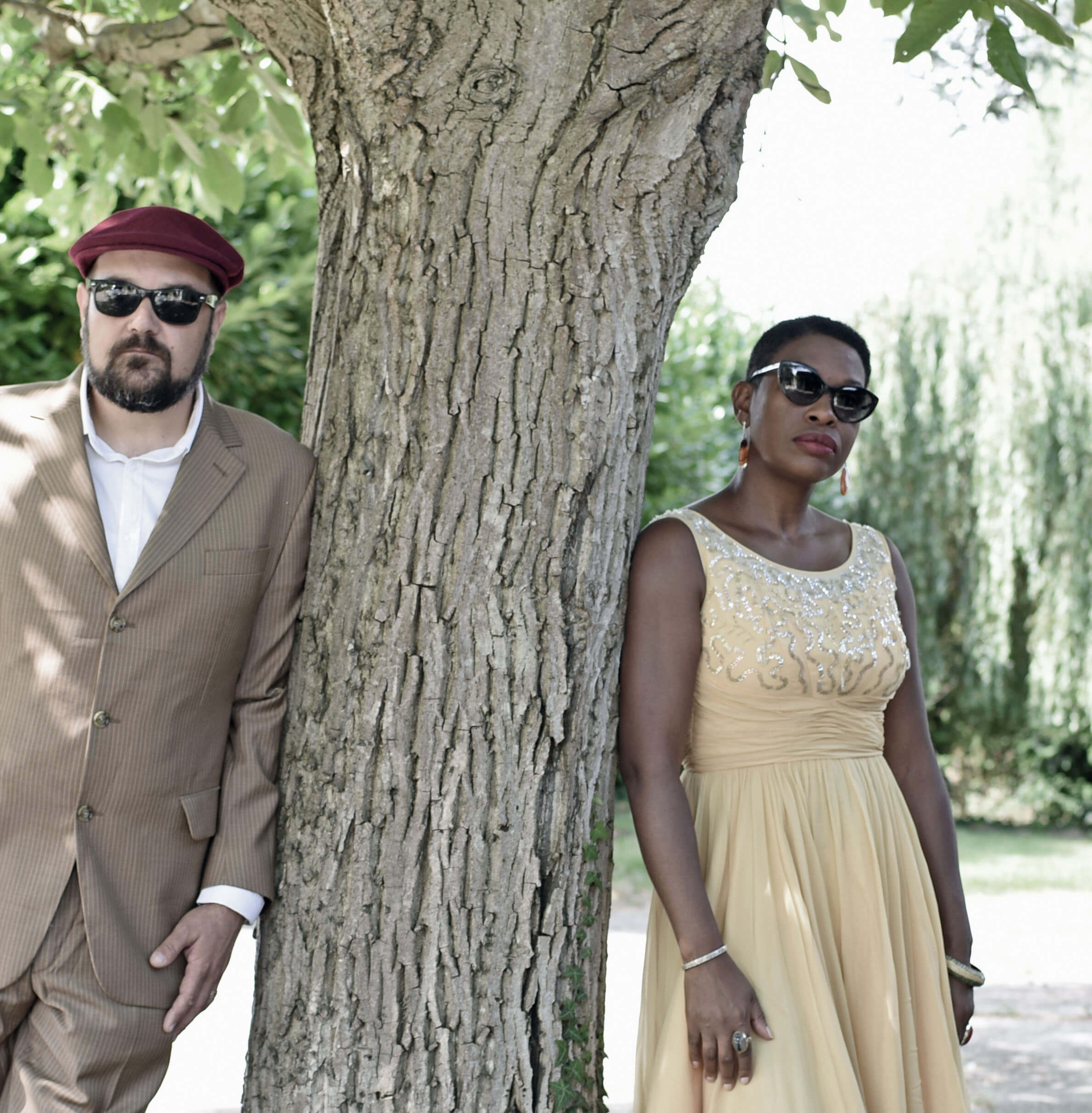 Bruce James and Bella Black joined musical forces in Austin, Texas in 2011 and have been on a mission spreading the word of Guerrilla Soul ever since.  The roots of their music spring from the tradition of Southern Soul from Texas, New Orleans and Memphis, yet they are not a throwback.  The foundation of James & Black is the voices and stories in their songs.  For this duo though, it is all about the musical canvas being the dirt for the flowers, so to speak – fertile soil for the tune itself to grow.

Since relocating to Europe in the summer of 2012, James & Black has laid a foundation in Belgium, Holland, Germany, Italy, Spain, France, Bulgaria, the UK and now Slovakia playing close to 150 shows per year and covering over 700,000km in the process.

They have supported Gregory Porter and Fatoumata Diawara in Leiden NL at Summer Jazz, Candy Dulfer in Amsterdam at Vondelpark, performed at the Porretta Soul Festival three times now in Porretta Terme, Italy alongside artists such as Bobby Rush and Lattimore, Clay Hammond, performed at the Enclave de Agua in Soria, Spain with the likes of Lee Fields and Nikki Hill, performed at the Barcelona International Jazz Festival, and have supported New Yorkers’, the Slackers, throughout Germany and Austria.  In April 2017 they performed at the Baltic Soul Weekender with Sister Sledge, Lenny Williams and CeCe Penniston near Hamburg, Germany and performed a tribute to Allen Toussaint at the Porretta Soul Festival. James and Black also appeared at Peer Blues festival with fellow Texans ZZ Top, Jools Holland and the Blind Boys of Alabama.

2018 found the pair playing to a sold out MUPA (Hungarian Palace of Arts) in Budapest with Little Gee Weevil, at the Thrill Blues Festival in Croatia, headlining Kapana Fest in Plovdiv BG, a successful first tour in the UK with Sam Kelly & Richard Sadler and supporting the legendary David Murray and Saul Williams at the Avignon Bridge Festival in France.

James & Black has released a live album, recorded in Belgium (2012) at the famous “N9″ club, as well as their first studio album, “How Long is Now” recorded in Italy, in May 2015.  “James & Black – Live at La Chapelle” (Paris FR) was released in November 2016 and features Felix Sabal Lecco, Nicolas Thys with DJ Phil Ross and their second studio album, “This Time”, produced by Jean-Pol Van Ham at Magnet Studios in Bruxelles BE, in July 2017 with release tours in Germany, Spain, France, Italy, Belgium, Slovakia, Bulgaria, Hungary, United Kingdom and the Netherlands.

Bruce and Bella are working on their next project to be released later in 2019.  Stay tuned!