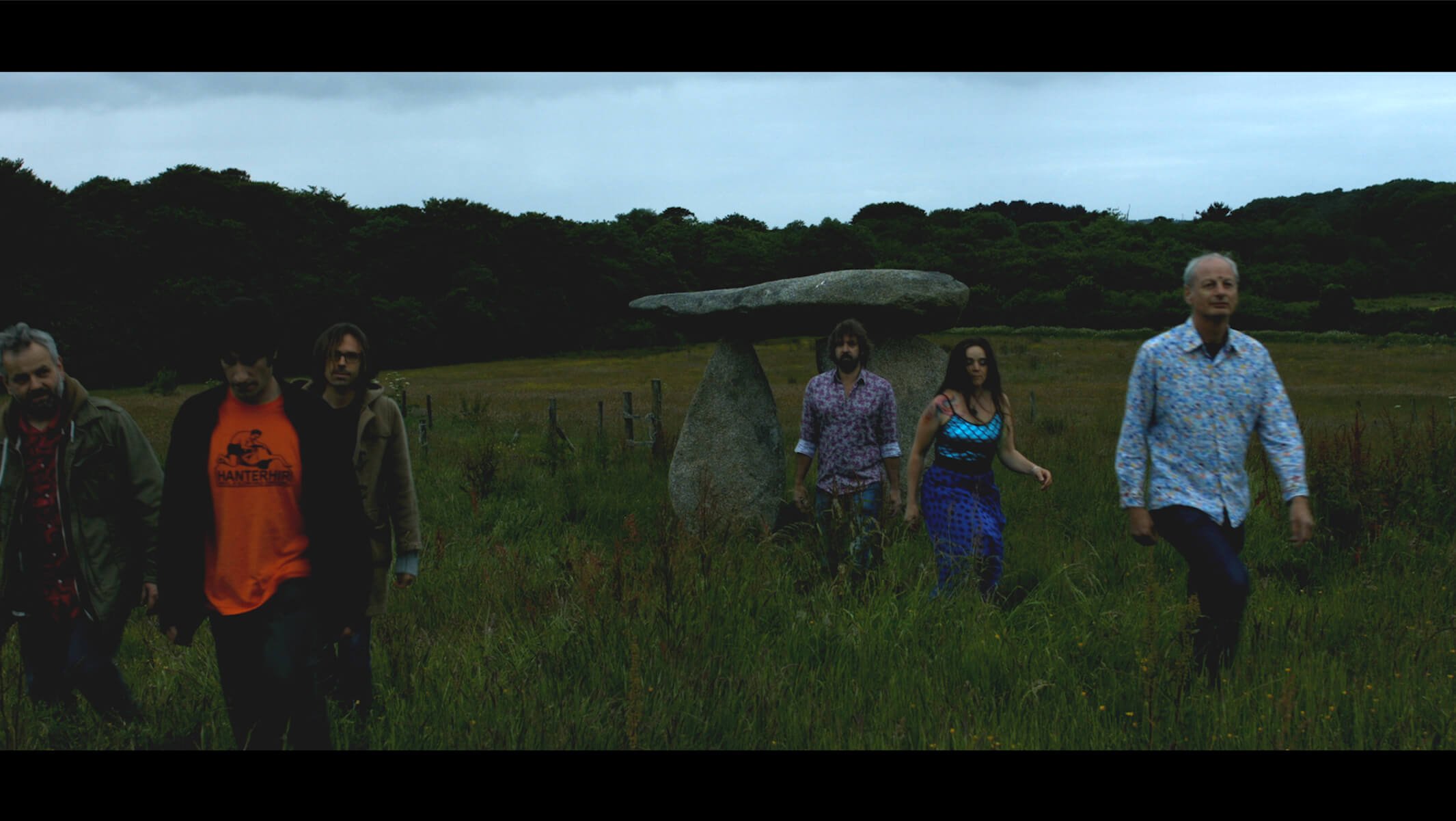 Hanterhir means half long in Cornish, but as a band, their music to some in Cornwall and a growing number of people worldwide means a lot of different things.

They have a large following in Cornwall and last year released a concept album, The Saving of Cadan. The thread, the storyline, is concerned with a boy, Caden, who tries to drown himself in a lake on Carn Marth, an ancient hill in West Cornwall. He is saved by Morwenna, the Lady of the Lake and a cursed spirit. The tale, recounted through the songs, is told in a mixture of English and Cornish. ” The Saving of Cadan”  reached no 39 in Louder Than War magazine top 100 albums of last year

Often described as psychedelic folk, space rock, freak rock, forest punk and a growing list of comparisons to other bands – “in places not a million miles from Mogwai, in others redolent of the Pixies loud bits and elsewhere Television “. “Genre-bending, from avant-garde to post-punk sound bites and definitely psychedelic” Just a few comments from reviews for last years album.

You never know what you’ll get with Hanterhir, so you’ll have to make your own minds up!