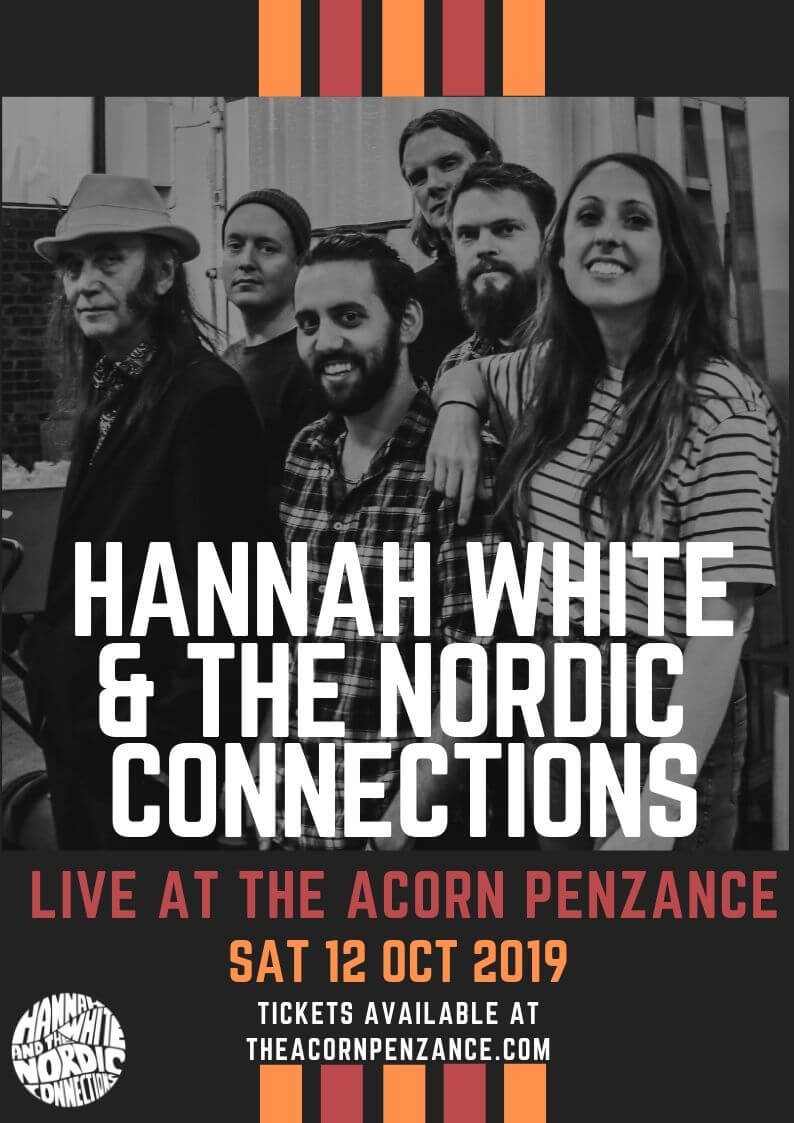 The artist the Evening Standard calls “an activist”, Hannah White is politically-inclined, an active humanitarian and an advocate for independent musicians and writers all over the UK; But most of all she is the “arresting and wholly believable” (Acoustic Magazine) singer-songwriter that captures the hearts of her audiences nationwide gaining her acclaim from BBC Radio 2, BBC 6 Music, Blues Matters, Maverick Magazine and many more. Joining forces with Norwegian supergroup, The Connections, headed by legendary producer & composer HP Gundersen, this coming-together between UK and Norway has created a sound so current, and yet so deeply rooted in 70s Americana, ‘Hannah White and The Nordic Connections’ is a revival of the most heartfelt music there is.