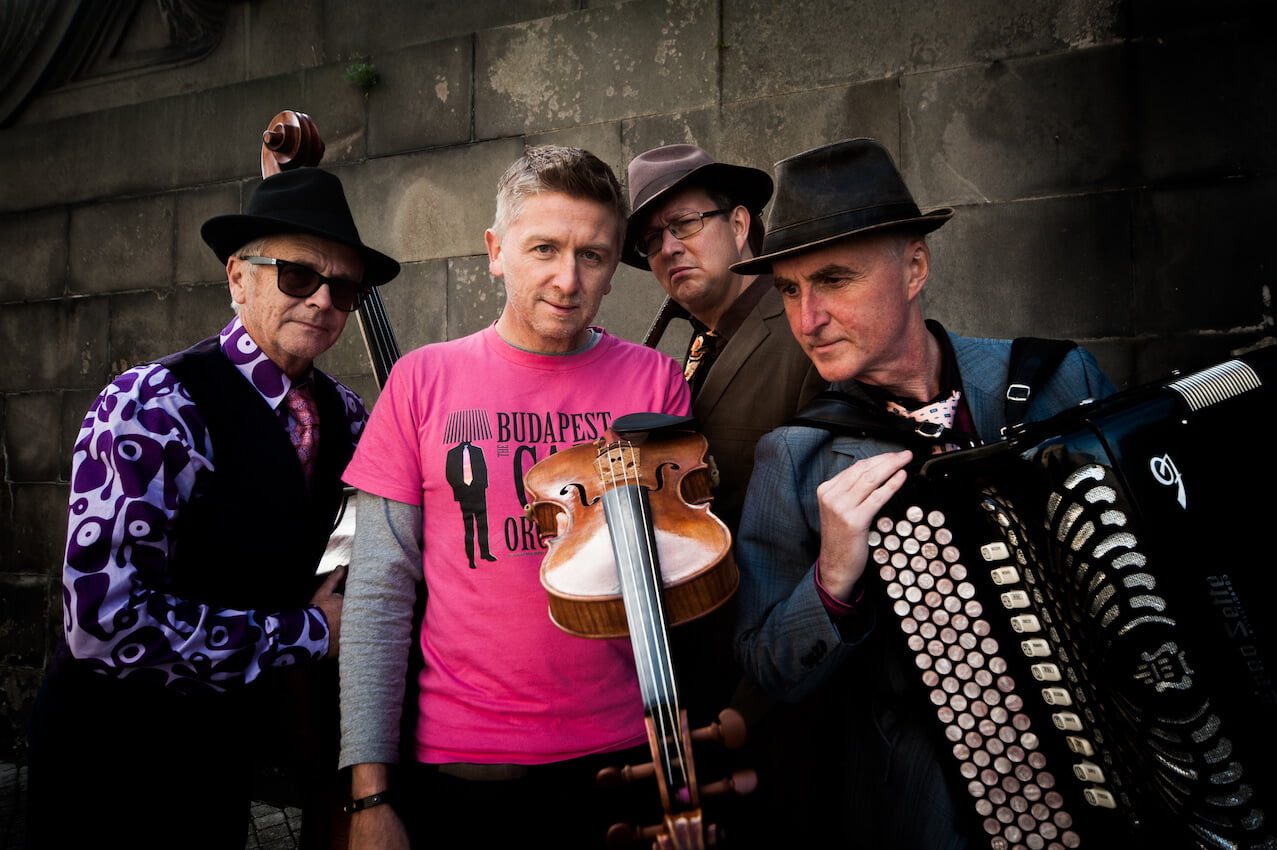 The Budapest Café Orchestra have won legions of fans through their magical and infectious performances.  Evoking vivid images of Tzigane fiddle maestros, Budapest café life and gypsy campfires –  plus a few surprises along the way –  hugely entertaining, immense skill and profound musicianship. A show by the BCO is good enough to make you want to book that holiday down the Danube!

The BCO is a small but impeccably formed orchestra of just four players combined to create an aural alchemy so wholesome you would be forgiven for thinking a far bigger ensemble is at work. Two of the country’s most revered international soloists revel at the heart of proceedings. Accordionist exemplar Eddie Hession is a supreme accordion champion of Great Britain. In his illustrious career he has accompanied Luciano Pavarotti, Placido Domingo, Jose Carreras and Chris Rea.  Christian Garrick is one of the world’s most celebrated jazz violinists. He has played with the likes of Dame Cleo Laine & Sir John Dankworth, Wynton Marsalis, Nigel Kennedy, Bireli Lagrene and Caro Emerald. Another member of the Orchestra is one of Russia’s most enigmatic musical exports. The Sultan is played expertly by Adrian Zolotuhin, a master of the strummed strings of domra, balalaika, guitar and saz.  Veteran bass-man Kelly Cantlon has been in the business of laying down the low notes for many moons. Kelly found fame in the late ’60s as a Vagabond with northern soul sensations Jimmy James & The Vagabonds.

“Back by popular demand, the fiery vivacity and awe-inspiring musicianship of the finest purveyors of Eastern European gypsy music this side of a Lada scrap heap will leave you with a grin on your face and rhythm in your feet” The Times