An Evening With Gilmore & Roberts 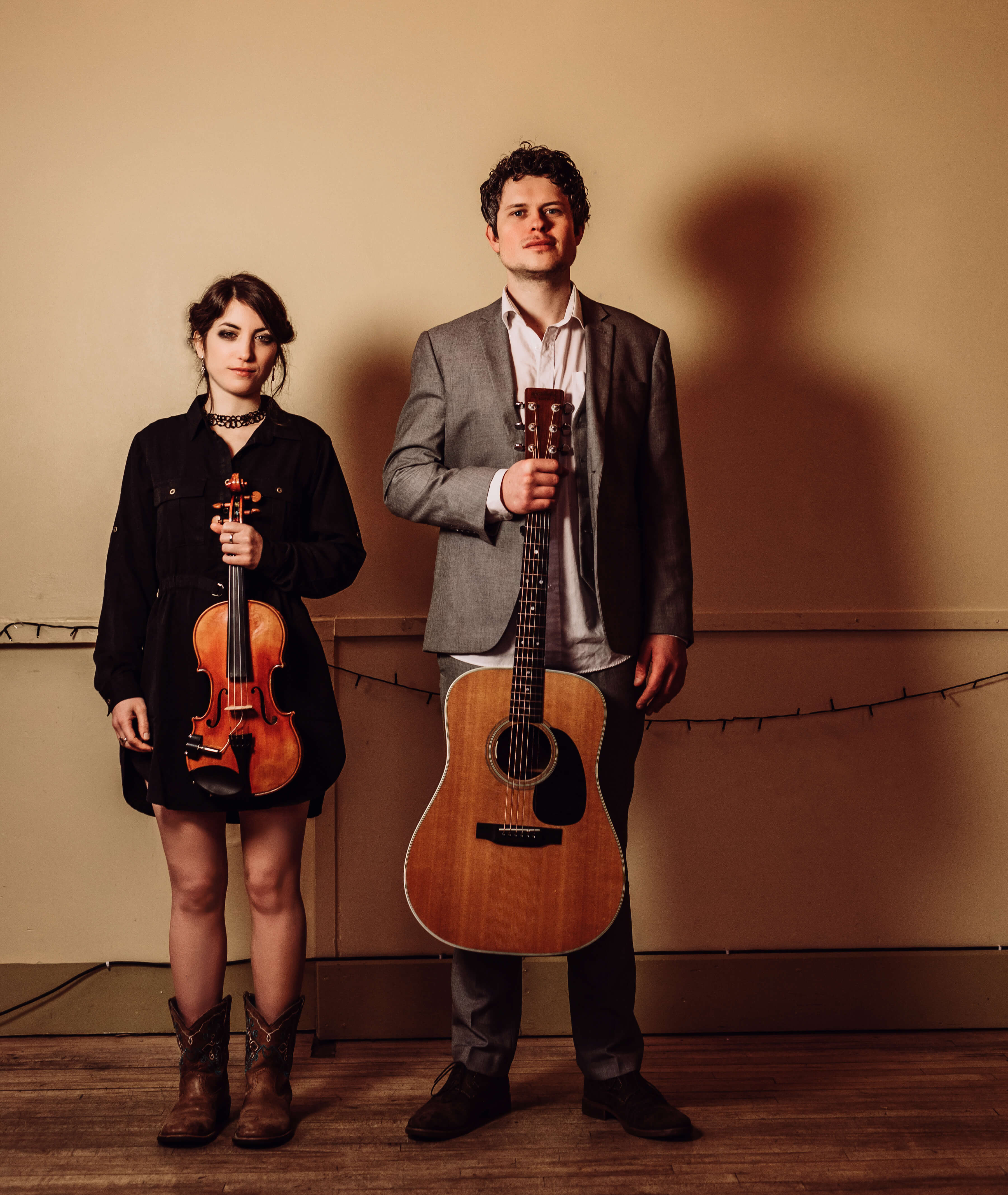 Gilmore & Roberts infuse their songs with varied musical influences – using the storytelling nature of the folk tradition as a foundation, the duo bring historical, modern and personal tales to life with elements of rock, country and pop songwriting. “People and their stories have always been our primary source of inspiration for writing songs” says Katriona with a smile. “Thankfully there are enough amazing humans – past and present – to keep us going for a long time yet!”

Their live show is a masterclass in performance and delivery – from Katriona’s dry wit and Jamie’s exuberant northern charm to their spellbinding harmonies and technical mastery over their instruments, this is first class entertainment which will bring the listener from laughter to tears in the space of a few songs. Be prepared to join in and sing along – you might even recognise a song or two; the duo’s recent cover version (an intimate re-working of Alice Cooper’s 80s rocker ‘Poison’) invited comparisons with US sensations The Civil Wars.

Nominated three times at the BBC Radio 2 Folk Awards, Gilmore & Roberts are an act you can’t afford to miss.

A Problem Of Our Kind (released 12.10.18) is their fifth studio album – their first release since 2016’s live album In Our History, which celebrated a decade of performing together.