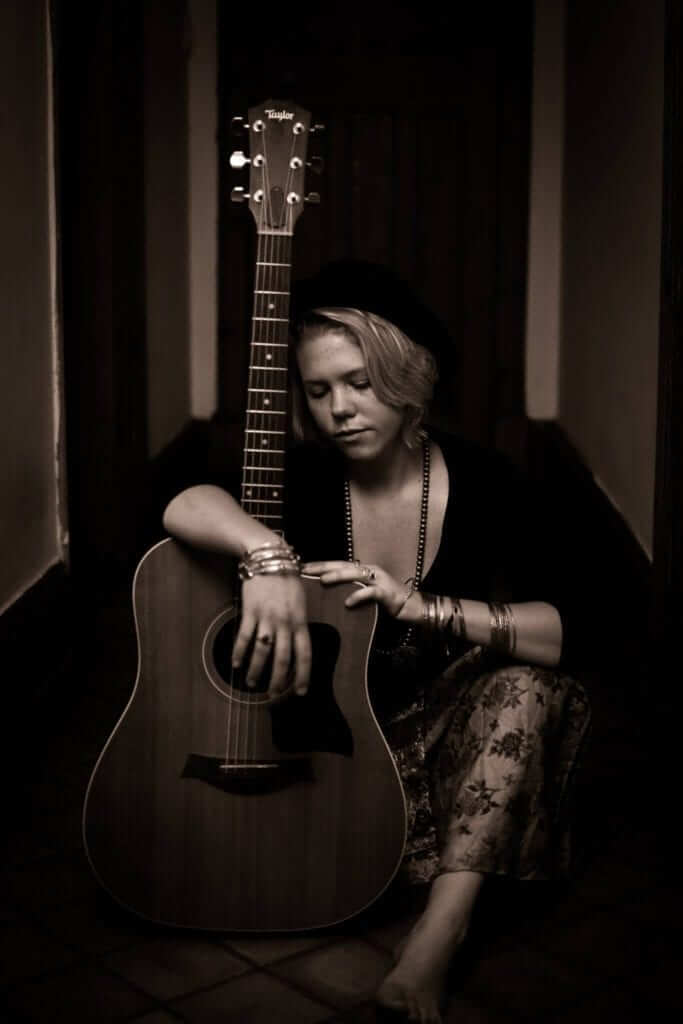 London based folk and blues artist Amy & The Calamities hits the road on a mini tour of Cornwall this September.

Amy & The Calamities is the creation of Amy Wawn, a singer-songwriter born and raised in Bulawayo, Zimbabwe. Inspired by sounds of Son house and Howlin Wolf, and influenced by artists such as the White Stripes, Eddie Vedder and Ray Lamontagne, Amy’s style ranges from lively foot-stomping folk rhythms to the dirty-delicious sounds of delta blues on the slide guitar. This sound is accompanied by a dark, brooding vocal range, lilting melodies and thoughtful lyrics.

The ‘Calamities’ was coined by a good friend after Amy’s first open mic night in Cape Town, South Africa in 2014. As well as referring to the band, the name stems from the odd coincidences and mystical synchronicities that life presents and to the regular antics of her friends and fans. It hints at spontaneity – an important element in the creation of art.

Amy is now based in Camden Town, London. In 2018 she was invited to play at The Cambridge Folk Festival alongside artists Patti Smith and First Aid Kit. She released her debut EP ‘The Suspects’ in February 2018 in collaboration with exquisitely talented violinist, Georgina Leach who was recently nominated as ‘Instrumentalist Of The Year 2018’ by the Americana Music Association. The Suspects EP features six of Amy’s signature tracks and has been met with some great reviews. Indie Band Guru describes it as “a rare gem of true talent. With an impressive range of sound, a lyrical depth and sublime vocals, all the right boxes are ticked.”

“Amy has a depth that defies her age. Her intense and mesmerizing guitar work is matched effortlessly with her dark and brooding vocal range,” writes Rafael Pesce of Spiritual Records in Camden Town, London.