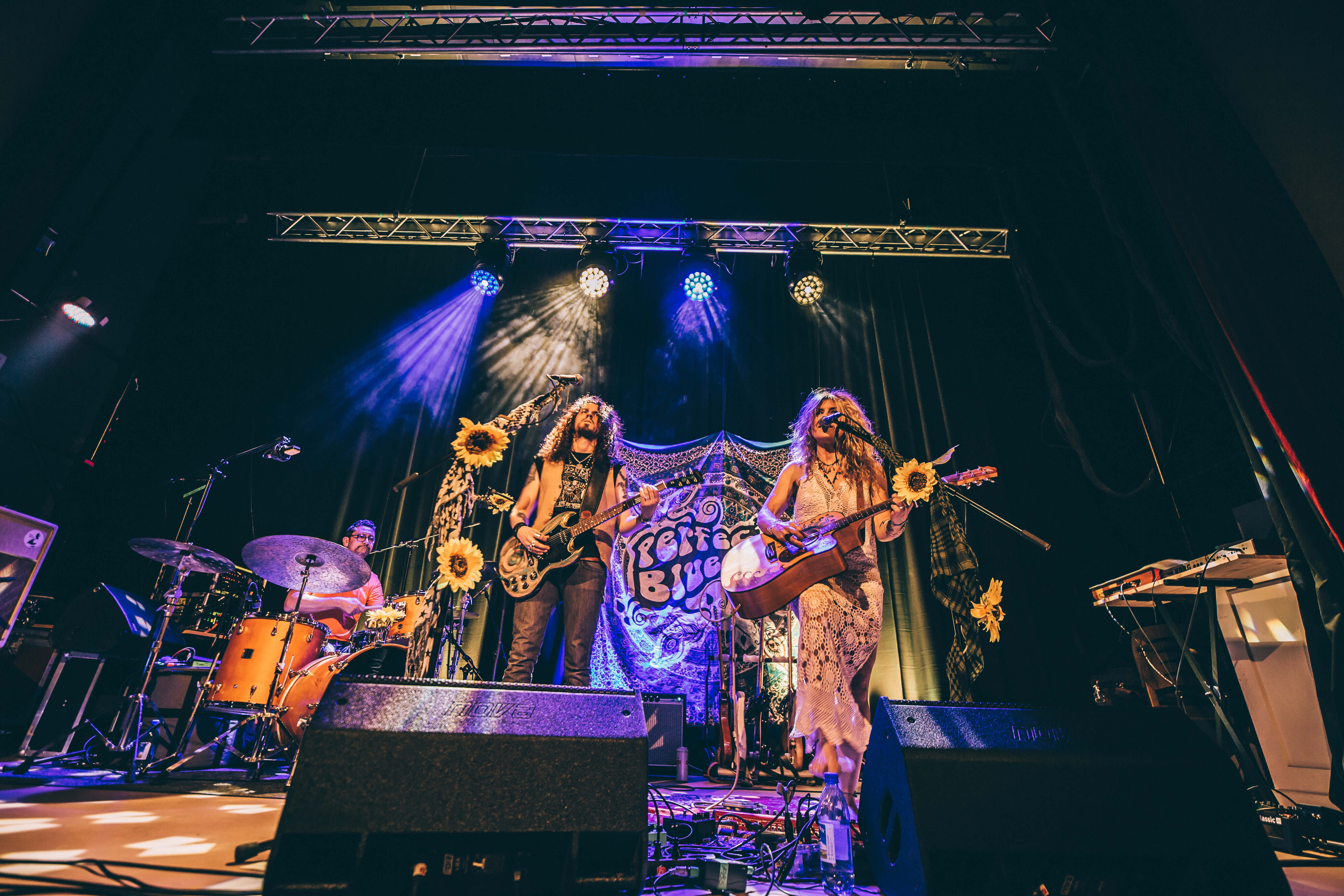 Perfect Blue Sky is the collaboration between Swedish folk/metal artist, Pontus (Pna) Andersson, and Australian rock singer and guitarist, Jane Kitto. With the uninhibited vibes of 60s/70s psychedelic classic rock, their songs are filled with imagination and spirit.

Andersson and Kitto formed Perfect Blue Sky in 2014, drawing together a wealth of well-known guest musicians who share a love of classic rock. Their band has featured artists such as Jerry Donahue (guitarist for The Proclaimers and Fairport Convention) and Dave Getz (Big Brother And The Holding Company drummer) Frenchman Frank Bessard (Joe Satriani, Stanley Clarke) on drums, Australian keyboardist Danny Oakhill, and British viola player Lewis Parsons. Andersson is the co-founder of leading Swedish metal band Netherbird, who have released five studios albums to date.

Australian rock artist Kitto has performed in 34 countries, including Belarus, Tahiti, and at the North Pole! She was first signed to Mushroom Records (Kylie Minogue) and features in Australia’s Who’s Who of Rock & Roll. While playing in Sydney in 1994, she was discovered by Jeff ‘Skunk’ Baxter of Steely Dan and The Doobie Brothers, who encouraged her to move to LA. There she supported Sheryl Crow at The Roxy and performed at the Whisky a Go-Go with Teddy Andreadis (Slash’s Snake pit) and Chad Smith (Red Hot Chilli Peppers). She has also appeared at the infamous CBGB in New York.

In 2006 Kitto toured the UK and Scandinavia as lead vocalist for Janis Joplin’s original band, Big Brother and the Holding Company. She has shared the stage with Dionne Warwick and Status Quo and performed on festivals and television galas in several countries.

Together Andersson and Kitto have supported Pete Doherty and Tony Joe White. Their influences include Led Zeppelin, Wishbone Ash and Pink Floyd, and their sound and partnership have been likened to a current day Lindsey Buckingham and Stevie Nicks!

The music video from the album features the single ‘Give you my love’ was filmed on Brick Lane in London, and directed by Damian Wood and Lewis Webber